We knew the weather was going to be bad this week. I even took my work laptop home with me just in case. It's Michigan.

So the weekend went very well. We did a bunch of organizing, baby proofing and cleaning. Sunday night, I started to get some heartburn and feel a little weird. Weird turned into gross and well..... either I had the stomach flu or food poisoning.


Because the U.S. maternity laws suck, I really can't take full days off, so I bundled myself in a blanket and slowly but surely worked as much as I could, while quarantining myself from the rest of my family. Except for Dogcpk, who obviously knew I wasn't feeling well, because she was a lot more cuddly with me than usual. I had to avoid everyone else because I really didn't want to get anyone else sick in case it was the stomach bug. Breaky was (at the time) leaving for California for work. How horrendous would it be if he was feeling the way I did and had to cancel or delay his trip. And getting BabyCPK sick? Putting her through this? Still makes me all anxious and icky inside.

Well, after whatever-I-had started running a different course than it does when I have had the stomach bug in the past, Breaky and I started to think about what I could have eaten that would have caused this.

Then it hit me.


I did not look at the expiration date on the mayo I used on a sandwich I had this weekend.

Needless to say, we figured out why I was sick.

So that was Monday.

And with all that, Breaky's flights kept getting delayed, cancelled, delayed then cancelled, and making everyone anxious. Or as Breaky said "tilted". Side note: we are no longer allowed to let Breaky play any game while "tilted".

So Tuesday, I decided to work from home, just in case. I didn't want to get sick at work, or get others sick at work. So while I worked, Breaky was going back and forth with the airport and the studio regarding his flights, delays and cancellations. And an interesting message. As it stood, he was going to go to California for a few days for an event, then hop on a plane to go to Sweden. He then got a message that another studio wants him for a possible event in another international country. Literally right after the one in Sweden. So he would be gone from Wednesday (1/30/2019) until 2/17/2019. That's right ladies, he will miss Valentines day. He's missed anniversaries, Thanksgivings, his own birthday, and plenty of family gatherings. I believe this is the first missed Valentines day. We talked about it, and of course I support any work he gets, within reason. We will be fine. 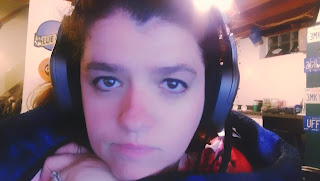 At 2:00 pm, my work cancelled for Wednesday due to cold weather. We're talking like, wind chill of -30s. So, makes sense. So no work on Wednesday, which is good, because that means we can take Breaky to the airport (maybe). By dinner time, I was feeling well enough for some real food that Breaky braved the roads for. By the time dinner was done, I had been able to keep everything down, so I knew I was on the road to recovery.


At night, Breaky and I put BabyCPK down and played some games downstairs. That's when he got the call that the new flight would be 7:00am at the local airport. Well, we'll see.


BabyCPK still thinks that teething sucks and the misery is best shared with the people who love her the most. So, up at 10 pm, and 1:00 am. Whooo. It was my turn to get her to bed, because, hello, Breaky is traveling. So what does he do? Wakes me up at 3:15 am to let me know his flight is delayed.

Me: "Well, darn, I'm sorry babe"
Breaky: "Well, there is a flight at like 5:45 am they said I could take."
Me: "So your flight is technically delayed early? We need to leave, like now"

So, we bundled up everyone (minus dogcpk) and head/slide to the airport. I drove, as I learned how to drive in icy, Michigan winters. Mr. Breaky California did not. Roads were really bad and it was really cold. It seemed, though, that someone upstairs was looking out for us, because Breaky's flight actually happened. Spoiler alert, he even made it to California. 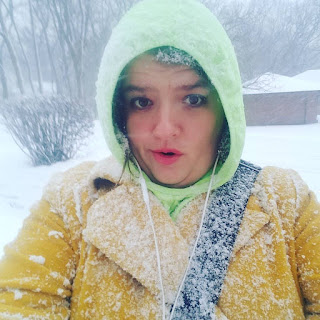 (NOT TAKEN THIS WEEKEND! taken a few years ago)

BabyCPK, of course, didn't know that a snow day meant that we could sleep in, so a 7:00 am wake up. Little sleep for still-recovering-from-food-poisoning MommaCPK. Of frickin course. 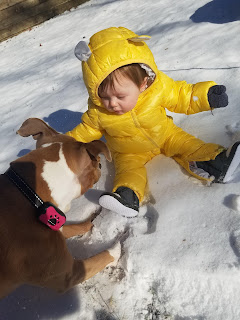 NOT TAKEN THIS WEEKEND!
Don't have your kids outside in this wind chill!

So Breaky is in California, I have been cooped up in the house basically since Friday afternoon.


And work/school is cancelled for Thursday (today) too.

I need to get out of this house. Stupid negative degree wind chill.
Posted by DuchessCPK at 9:24:00 AM