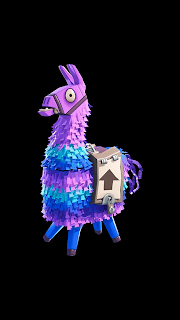 Our MCU Run Through Phase 1

Since Breaky and I are a little behind on the Marvel universe, we decided that, before watching the new ones we haven't seen (Black Panther, the New Avengers) that we would kind of do a run-through/repeat of all the previous Marvel Movies. The only one we did not include was the Incredible Hulk, and that was because of the change of actor. Personal preference.

So we kind of made it an at-home-date-night.

Since we have a few hours or so in between when BabyCPK is asleep and we go to bed, that's when we decided to give this a shot.

We also are doing them in time-order, meaning that, since Captain America happened during WWII, we watched that first.

So here's our Phase I run through with some comments, GIFs, and a DuchessCPK (ME) and BreakyCPK (Breaky aka my husband) rating

Actually, I had recently watched it for the first time, like a month ago. Really regret not seeing this one sooner. Has to be one of my favorite Marvel Movies as of yet.

This was actually the first Marvel movie Breaky and I watched as a couple. We watched it in his apartment on a big projector screen. It is Breaky's favorite so far.

Good movie. It's a continuation of the story, but nothing truly groundbreaking. Other than making me kind of anxious. The whole gloom-and-doom and subsequent meltdown had me on edge the first time I watched it. Now though? Since I know how it ends, I can watch and enjoy.

Thor has to be one of my favorite Marvel characters. Coming from a Scandinavian background, I grew up with some of the stories and mythologies of Thor and Odin and Loki. I truly did enjoy this movie too. Different pace for sure, but my kind of pace.

Believe it or not, this was the first Marvel movie I ever watched. I believe I watched it in theaters when it came out. I was able to follow along with the story just fine, but with this run through, I realized how much tie-in with the other movies I did miss. Also, the soundtrack to this was killer.