Last year, Breaky and I joined a bunch of our friends at Blizzcon 2015. We were able to go, as those tickets were purchased for us as a wedding present. 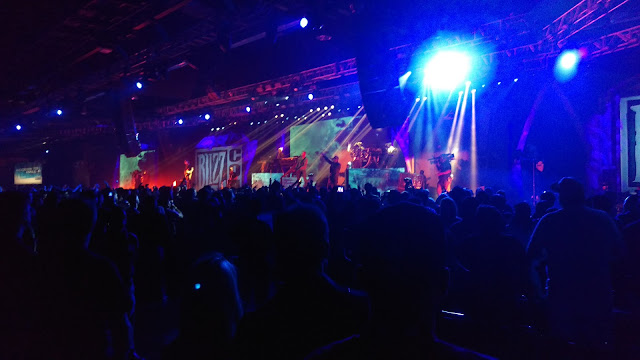 We had a blast, and how I truly wish I had started blogging back then, as I would have had so much to work with. Pictures, thoughts, frustrations, videos, Overwatch insights, Hearthstone hype, freebies, and much more. It was such an amazing experience.

Now, this year we got to watch the E-Sports events from our Smart TV, which has a Twitch App (fancy), find out about updates to our favorite games from Twitter and Facebook, and longingly reminisce about the good times we had last year. Mind you, I don't miss the long lines, the congestion, waiting an hour to play one round of Overwatch, or having to take all of that time off of work. I have mixed feelings about missing it this year, obviously. 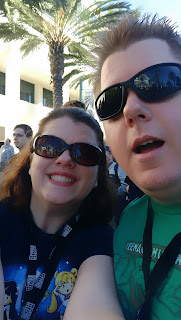 
To recap the big announcements that Blizzard made in regards to there games, and my thoughts, which you can skip if you want, you can see below:

"Enter the Mean Streets of Gadgetzan"

Along with the expansion, we are also getting new "Tri-Class" cards, that could be used by three different classes instead of one class, or like basic cards, all classes.

Also included is the "build your own spell" cards, such as "Kazakus", where it gives you options and choices which result in a unique spell.

Now, there are a ton of new cards that have a lot of potential to be game-changers depending on what kind of decks you like to run, or don't like to come across (I'm lookin at you Murloc-Paladin), but at the same time, it has the potential to breathe new live in to the game for some.  As far as the Tri-Class cards, I find this very interesting, having played a little bit of a Priest deck that has a tendency to "borrow" cards from the deck or hand of the individual I'm playing. Makes for very interesting game-play.

It was my intention to post some of the cards that I found the most interesting, but in the words of Ulla from the Producers "But there's just so many of zem!" (If you have no idea what I'm talking about, what the movie or go see the show. Solid gold right here), actually 132 to be exact, and it is my understanding we are still getting news about new cards, and that will probably continue.

I have some mixed feelings about the custom spell idea. It definitely combats the whole "leave it up to the RNG Gods" motto that is pervasive in the Hearthstone culture. Not exactly sure if that's a good thing or a bad thing yet. Sometimes having chaos makes for the best Hearthstone stories and matches. But on the flip side, each custom spell will be different (someone did the math somewhere and the chances of getting/making the same spell is low. I'm lazy and don't "math" so, take my/their word for it)

So instead, tell me in the comments what cards you are most excited about. What decks you are running currently that you may not continue, or which you may now try! Personally, I find my Dragon Priest deck to get some changes in a positive direction, and honestly excited to maybe try some different Paladin decks outside of, but still including, Murloc Paladin.

Sombra is a new offense hero that uses "hacks" to disrupt enemies and turrets , and uses invisibility and a translocator to allow quick movement. 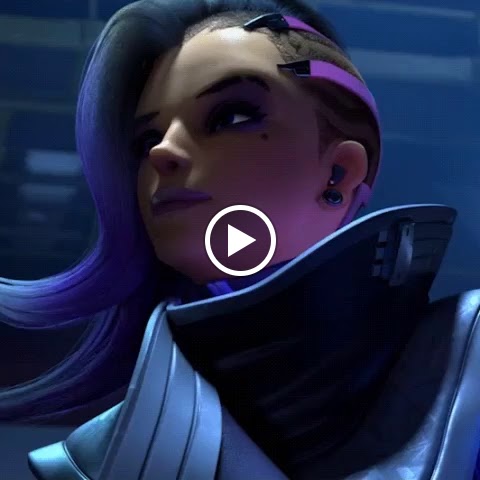 Arcade
There is a new section that allows for a wide variety of play that we have not seen before. This, from what I can tell, replaces the weekly brawl concept.

1v1 mystery duel where the hero you play is randomized and you play against one person.
3v3 where you get to choose your hero and play with two other people in a simple "last man standing" elimination concept
6v6 Mystery Heroes: Similar to the 1v1 mystery duel, only, obviously, with 6 players.
6v6 no limits, which allows for multiple of the same hero, which is no longer allowed in quick play (YES!)

New Maps
We get two new maps, "Ecopoint: Antartica" which is an arena map. This map is the map used in many of the new Arcade modes. Another new map is Oasis, a control-point map set in the Arabian desert, and has a jump pad to allow access to a higher location (whhaaaat?)

League
An announcement was made at Blizzcon about the idea of an E-Sports league for competitive Overwatch.

We don't have a lot of information as far as how this will particularly look, but some information can be found here. Basically, there will be a Preseason, where rosters will be built and my understanding is that it will be by city, similar to many professional sports leagues. Players will have contracts, get paid appropriately, and compete in the inaugural season with live streams every week, all accumulating in to the World Championship.

I was able to play Sombra a little last night, and actually found her quite a lot of fun to play. The new Arcade mode (see below) allowed me to play her in a setting that was more fitting to learn a character than when I tried Ana  (which I find myself playing more and more to be honest). The hacking abilities and ultimate made me assume she would be more of a defensive or support character, but after playing, I can see how this would be considered an offense character. While I prefer more of a support or defense style character, I can see myself playing her, when the novelty of a new character wears off.

I really like the Arcade concept. This allows for more casual play, allowing people like me, who main heroes in Quick Play and Competitive  because of comfort and ranking reasons, to try new heroes in a new kind of environment.

Am liking the one new map: Ecopoint: Antartica, which I tried as a result of playing a bunch of games in the Arcade Mode. No complaints. Have not tried the other map yet.

As far a the league, we will see. I have seen first hand how attempts to organize and contractualize E-Sports has done in the past. Questions remain, such as Casting talent and how that will look, if the teams will have to sign an exclusivity clause in their contract, and how already existing E-Sports organizations and teams will fit in, if at all. Obviously, I have no shot or interest in becoming a competitive player in any E-Sports league, let alone Overwatch, but as an avid watcher of E-Sports events, it will be very interesting to see how this pans out