It is a two-for-one! Not because either day was boring or short by any means, I just couldn't stay up until like, 1:00 am starting and trying to finish a blog post and ensure the quality.

Today we woke up to yet another beeeaaaauutiful morning. We have so incredibly lucked out with the weather, let me just tell you. We did notice how freakin bright it gets so frickin early.

We ate again at Yolk. This was the first meal in Chicago in which I did not actually enjoy. This was completely my fault. I ordered the "West Coast Crepes" which was a really weird mix of sweet and savory, with not enough of either to be really good. I am glad we had gone there before and had a really good meal (if you don't remember, that was my salmon eggs benedict). Breaky had kind of a "breakfast nachos" but that is not what they were called. Neither of us can remember the name, which is what happens when you wait a day to do a blog post. :) 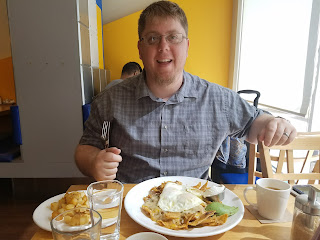 From there, we headed out to the Museum of Science and Industry. We both thought this was the best museum we've been to in Chicago. We had a really great time.

We started out with the Robots exhibit. It basically was an exhibit about all the different types of robots, and how far we've come with them. It was super interactive, with many of the stations giving you the ability to control a robot, or in some cases, building one. 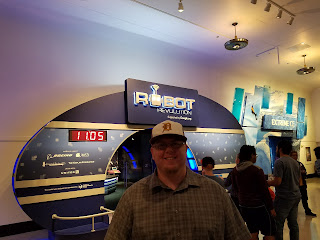 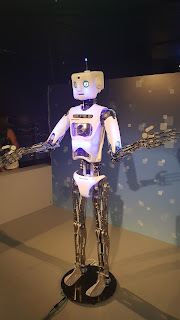 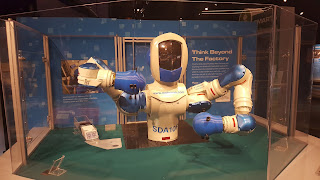 This robot was a Black Jack dealer. I busted and Breaky lost :(

Robots playing soccer!! (or futbol for my non-USA readers)

The weather exhibit was pretty darn cool and interactive. From avalanches to tornadoes to waves, the exhibit was comprehensive. I was super into storms and weather when I was in middle school, however, I was never super good at the science/math stuff, so that just did not happen. 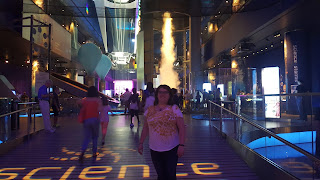 From there, we headed to the area designated to the planes, trains and automobiles area. 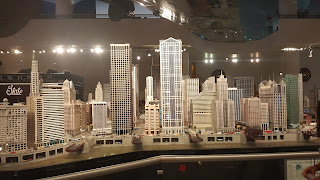 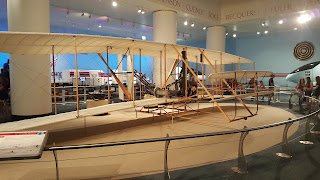 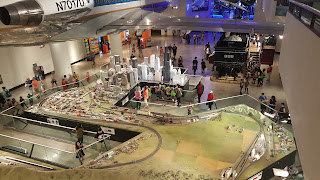 We did a flight simulator, which was....meh. At least we didn't have o pay extra for it, since we had the City Pass. It was too hot, and it was obviously designed for kids.

There was a "You" exhibit, which talks about the human body. It had parts like the nervous system, the digestive system, skeletal, etc... Had a really interesting thing where you held your hands to these handles and the giant heart would beat according to your pulse. 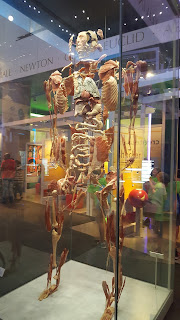 We then did a mirror maze, which was one of the best ones I've ever been in/through. Usually there are little tricks, like the molding repeating when it shouldn't be, things like that. This didn't have any of those fun tricks. Honestly, if I was younger, when I had really bad anxiety, I probably would have panicked and needed to leave or something. Breaky and I made it all the way through, after about three times getting quite turned around. 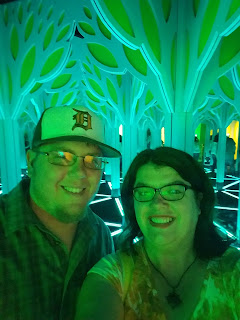 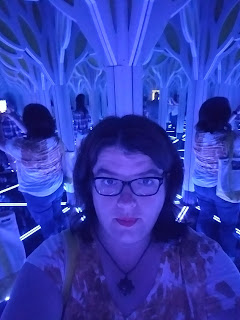 After leaving from the Science and Industry Museum, we headed SHOPPING on Magnificent Mile. We stopped first for some Wow Bao. Then we spent too much money, because, shopping. 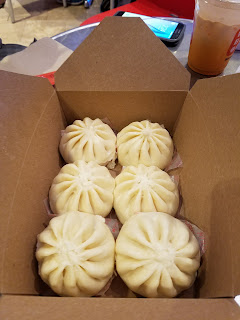 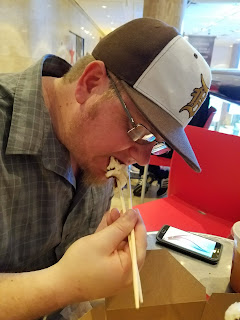 We headed back to the hotel room where, if you were our neighbors, you may have thought we were having a marital dispute for the ages:

When in reality, I was simply arguing with my shower. It was soooo bad. Super hot, then icy. The pressure was non-existent. It was so bad.

Then it was Breaky's turn. I am really surprised we didn't get a noise violation for simply yelling at the shower, as the walls were thin enough.

We met up with some friends who have a connection with the fantastic restaurant "Le Petite Paris" in Chicago. French cuisine, which is something Breaky and I are not used to. We both tried, for the first time, escargot! We had a full meal, with soup (french onion), an appetizer, which was the escargot, a drink, wine with dinner, the entree, which for me was the liver and onions (which I loved btw), and dessert and a dessert drink.

The restaurant is a small, blink-and-you-miss-it gem and we are so lucky to have great friends to take us there!

Our last day in Chicago welcomed us with a bright, sunny, hot morning.

Breaky and I headed back to Peet's Coffee for some coffee and a breakfast sandwich.

We were told by several people after we went to Lou Malnati's that we should have gone to Giordanos instead. So, we met up with them after checking out of that hotel we stayed in. 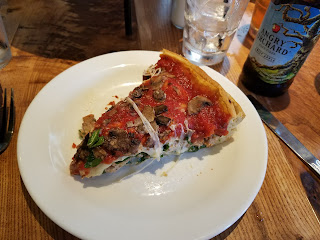 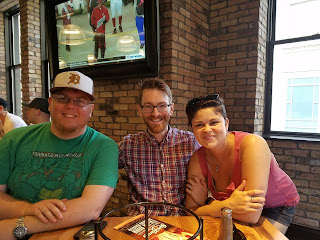 Again, a huge shout out to our awesome friends! Thanks guys!

After that, we did a little more shopping in the area.

We then caught our last Uber of our trip, which took like, twice as long as it was supposed to. Headed to the train station, boarded after a "delay", then for 2 miles, the train had to go 4 miles per hour. You read that right. It took us a half hour to go 2 miles.

We FINALLY arrived home a good hour later than we were scheduled to.

Good to be home.