Food Friday: a F^c$ Up and a Fabulous Fix

So this is more of a story than it is a recipe. Because, honestly, I had no intention of making "scrambled eggs" a "Food Friday" blog feature because, you know, it's scrambled eggs. I'm not saying everyone knows how to make scrambled eggs, but honestly, I simply follow Gordon Ramsay's YouTube Video as to how to make good scrambled eggs, so the blog post would have been simply a link to his video (I suppose I should probably link the video anyway) 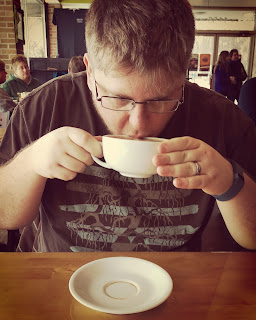 Anyway. As a part of a new "budget" and money-saving initiative, Breaky and I decided it would be advantageous to make breakfast one day during the weekend. We used to just go to this small little country breakfast place down the street both Saturday and Sunday, but decided because we have been spending too much money at restaurants that I could, instead, make breakfast one of those mornings. 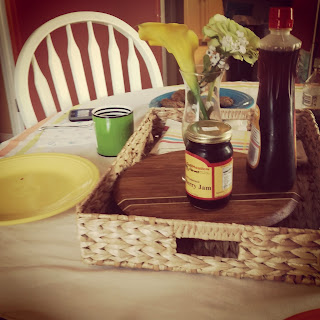 I will be the first to admit, breakfast-making is not my strongest skill. My Mother made the best over-easy eggs when we were growing up, and still does when we come to visit, and my Dad and my sister make great pancakes. Me? I make my breakfast for myself, which is usually yogurt and granola or toast and peanut butter or just fruit. I have made several breakfast casseroles for company brunches which have turned out o.k., but were pretty much just scrambled eggs and hash browns. Pancakes? Last time I tried it was a complete disaster. Burned on the outside, uncooked on the inside, in shapes that screamed "please kill me." Hey, I said I was the Good Geek Wife, not the Great Geek Wife. The Great Geek Wife would be able to make pancakes I'm sure. My "good" status comes from me at least trying! To Breaky's credit, he doesn't complain when food I prepare is.....meh....or burned. He usually will just sneak cereal as a "snack" later. True love right here. 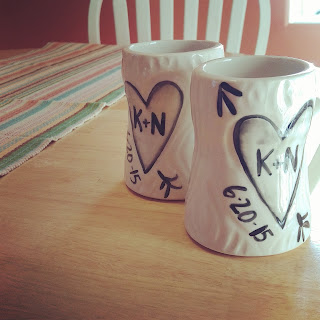 But this blog post is not about my pancake debacle. This blog post is about my scrambled eggs. Both Breaky and I are fans of Mexican food, and had salsa, cheese and tortillas in stock in the kitchen thanks to a recent Costco run. So, why not breakfast burritos! As I'm seasoning the eggs, in goes the onion powder, garlic powder, sea salt, cumin....... wait...... why do I smell cinnamon? *looks at what I thought was the cumin* oh sh*t.

If you have ever used cinnamon in cooking, you have used just a little shake of it. It is pungent and sometimes overpowering. I, of course, put A LOT of what I thought was cumin in these eggs. So, as a result, I had put a lot of cinnamon in our scrambled eggs. Our breakfast burrito scrambled eggs.

In my defense, I had not had my coffee yet.

Luckily, Nick wasn't up yet and I did some investigating in our fridge. Mango salsa. Hhmmmm..... maybe like a sweet, spicy and savory breakfast burrito with cinnamon eggs and mango salsa.  So I finished up with the scrambled eggs by adding some sausage I had cooked up and added some hot sauce and a little bit of sour cream to soften up the eggs. Served it with the mango salsa and cheese in a tortilla. Held my breath.

Breaky had no idea. Still doesn't (well, until he reads this I suppose) He thought they were fantastic. Honestly, so did I. The cinnamon added a level of spicy that was unique and tasty.

Not a pancake-level disaster that it could have been. Yay! So I suppose if you wanted to try my "accidental" recipe of sweet and savory breakfast burritos, you could follow along with the story. Maybe one day I'll try it again on purpose and post it. It could use a better title though.
Posted by DuchessCPK at 11:34:00 AM