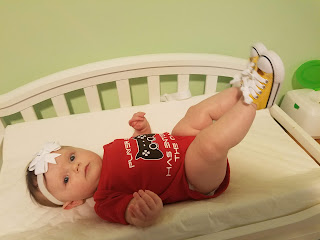 It's weird. Missing someone who is in the same house as you. I do have BabyCPK, but conversational abilities are a little limited. Although it would be three times more lonely if I didn't have her.
Posted by DuchessCPK at 2:11:00 PM