A Day in the Life of an E-Sports Wife

So every so often, the life of an E-Sports Caster will take you to places all over the world.  I have to admit, that is a pretty awesome thing. This is something I knew about Breaky when I started dating him. On our first date, he was talking about how he just got back from Sweden and how he has been to several countries around the world. I also knew that these were work trips, not for fun. That means that I will probably not be going with next time he goes overseas, unless we plan to go together for fun.

I admit, the first time he had to miss Thanksgiving was hard, but we got through it and I was ok. But being "ok with it" and "being happy about it" are two very different things. Having your significant other overseas for a few weeks at a time doesn't get any easier. I know this is a universal truth across all professions, which, I suppose humanizes the gaming industry, which sometimes people forget to do. Often times for events that only last one or two days means a few weeks worth of being away from home.

Every time he leaves, I seem to have forgotten what it is like to have him gone like this. Right now he is on his way to Thailand for the HoN Tour World Finals 2016.

Having my Breaky overseas means many things for me that I keep forgetting until he leaves:

- Late night or early morning Skype dates
- Tuning in to the broadcast at ungodly hours of the morning to see if everything is running smoothly
- Figuring out what time it is for him. I never seem to get the math right
- Worrying about things going well in general
- Worrying that they are getting enough rest and water in between matches
- Never EVER watching chat while Breaky is casting (people are mean on the internet)
- Forgetting how many responsibilities we shared that I am now in charge of completely
- A crap-ton of cleaning gets done. Mostly out of boredom
- Realizing how much louder little noises in the middle of the night are
- Secretly making a honey-do list of things to have him do when he gets home 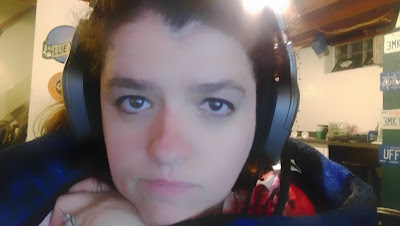 Unfortunately, this year, I have to add that we will not be spending our first wedding anniversary together.

Disclaimer: I know that many others miss their significant others for a longer period of time for different reasons. I don't know how they do it. Bless their hearts.
Posted by DuchessCPK at 11:05:00 AM