So, with the little BabyCPK on the way, Breaky and I decided I should be driving something other than a 10 year old Saturn Ion. Nothing wrong with a Saturn Ion, except it is small and old and has had a few problems (fixable, but we're poor).

So, despite many years of being a "small car" advocate, I broke down and got an "adult/parent" car. A small SUV, but an SUV non-the-less. Hey, at least I didn't break down and get a mini-van. Not quite to that point yet. We really just needed a little bit more reliable and safe of a car, as well as a bit more space for all the baby stuff, including but not limited to, well.....the baby.

This Mom-to-be got hooked up by the wonderful people over at Brown Motors in Petosky. 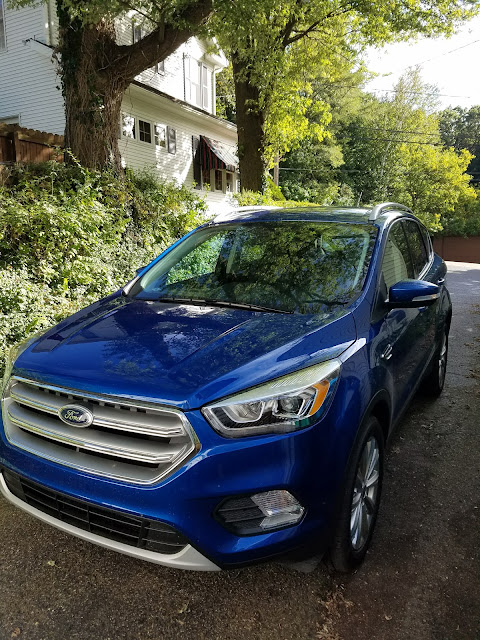 My sister made note it was a very similar blue to the car used in the awesome show Psych, which they nicknamed The Blueberry.

So there you have it folks. Introducing the newest member of the CPKs: The Blueberry.